Keeping ants out of the screen porch 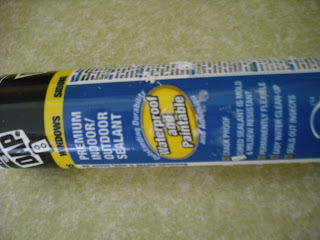 For years, the screen porch was used as a catch all and greenhouse for plants. I am starting to design a morroccan style room for the porch area to make it an extension of a small kitchen. The first step is to make the room ant and insect proof so I caulked the open cracks along the floor and the walls connected to the metal frame for the screen room with silicone caulking. On the screen door, I placed a self stick draft guard to keep drafts and small insects out. Every two weeks, I spray ortho pest control spray to get rid of ants. The room is now insect proof because the screen was repaired too. Morroccan room is on going project and this is the first step before painting. This is an ongoing project that will will take many blog entries.
Read more

Donate and recycle to keep out of landfills

September 19, 2012
"One man's trash is another person's treasure", if you have items that are no longer being used consider donating to charity or recycling items.  Here are some places that accept donations and recyclables; even swap or trade them. Electronics, cell phones and old PC computers should have personal information erased from hard drive before recycling them to companies that take these such as Dell, Apple, and some retailers like Staples, Best Buy, and Radio Shack. Some charities like Goodwill and Collective good take cellphones, pdas and mp3 players. Sports equipment donate to schools, youth programs, salvation army, and goodwill or trade it in for new year. Recycle cds, dvds, video games at Best Buy. Greendisc is a company that recycles cd cases. Swap music with a company named Swap Tree; these companies can be found online. Donate old toys at nearby hospitals, daycare centers, and charity shops. There are companies that trade used childrens clothing such as To
Read more
More posts