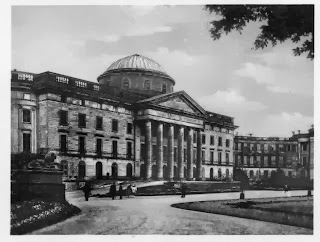 When terrorists attack Americans, they don't ask whether we are Republicans, or Democrats.  They only ask if we are Americans.  We have to come together, compromise and remember that the politics that divide us; only make our enemies stronger and us weaker as a country.

Democracy for sale that's a future blog post.  Meanwhile, my point is that politics have always been divisive but in this age of social media, the tone has been more vile, disagreeable, ugly, hateful. I can think of a lot of other adjectives to describe how politics has become so bad.  It is to the point, that one group thinks they have all of the answers and they don't want to compromise. The GOP has engaged in the politics of personal destruction of its opponents, it started under the Clinton administration and since Obama has become President has reached epoch proportions. Ted Cruz when he was welcomed back in Texas as a hero, after the government shutdown in Washington DC, he said he was glad to be back in Texas, in the united States of America so I guess Washington DC and other cities aren't.  I guess that was a dig at the rest of urban America, you know the part he doesn't consider part of the U.S.  Politicians like Ted Cruz want to divide for their political ambition have no interest in serving America; only themselves, if only their voters opened their eyes and became aware of the facts and read the issues instead of biased media coverage. I think the voters would  have a change of heart on some of the issues and will chose better candidates to represent them in Congress.
at July 13, 2014