How to make the Internet friendlier
I always say an anonymous troll will deflate the Internet as quickly as an airless balloon.   What is a troll?  It isn't those hairy scary trolls on the tip of your pens, they were popular baxk in the 1980s. 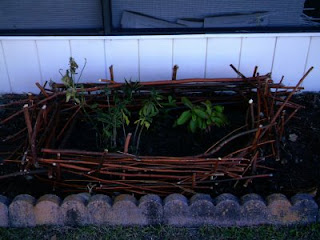 On the Internet, trolls are users that follow well-trafficked pages and write negative comments, harassing the author and the people who comment on the page.   Usually, trolls do this to gain recognition, likes, and traffic to their sites.  These trolls say hideous, inflammatory comments anonymously because they don't have the courage or strength of character to stand by their words. They are afraid of being sued or if comments are harassing having criminal charges placed on them.  Unfortunately, we give these trolls an audience and that's why we have all of this online bullying and lack of civility on the Internet.
These trolls hamper freedom of speech and promote bullying that is why the Internet should eliminate anonymous comments.  Freedom of speech has to be protected especially from those that would shut it down completely with their vile comments.  If they are brave enough to write it then they should be brave enough to own their own words and thoughts will out fear.
Anonymous postings only encourage online bullying and hamper freedom of speech.  These trolls hide behind Freedom of speech, our founding fathers protected that right so people would not be afraid to speak out.  The trolls want to hamper and limit the freedom of speech of others that disagree with them not by disagreeing on policy or ideas but by personally attacking the author or fellow users on the blog.   Down with trolls.
at January 23, 2018

Email ThisBlogThis!Share to TwitterShare to FacebookShare to Pinterest
Labels: How to make internet friendlier and lose the trolls?