Why Dems are underestimating Trump again?


I am a registered Democrat but I think I am more of an Independent.  I don't like it when either party is an extremes whether you're a Bernie Saunders democrat or a Louie Gomer Republican both extremes are bad because common sense is ignored.
The Dems. are talking about impeachment when they know that Trump hasn't been proven to have done anything illegal only immoral.  The Democrats are using the recent tax plan as a main point of opposition towards Trump and republicans.  The Democrats have forgotten that the tax increase on middle class will be 8 years later. Meanwhile, more people will see more money in their checks and more confidence in economy.  If economy continues to grow the republicans will claim its the tax plan.  The democrats only have the argument that in 8 years that tax cut will expire.
In the time Trump has entered office he has managed to keep his word to his base.  Trump has created a ban on Muslims, he is trying  to get the wall to be built, he is trying to eliminate Obama care among other promises.   Trump has kept his promises to tackle these issues,  he makes the argument that Congress has failed to pass.  Although, many Americans disagree with policies, I think many Americans respect the fact that Trump is keeping his word to his base.  In a world where politicians make promises and don't keep it, people respect that he is keeping his word.  The democratic party hasn't announced any new ideas or policies, nor have they recruited any new people.  The dems are floating around Joe Biden as a possible Presidential candidate, really again.  The democratic party needs to grow and have new popular policies and popular candidates, maybe the Rock could run.  Who knows? 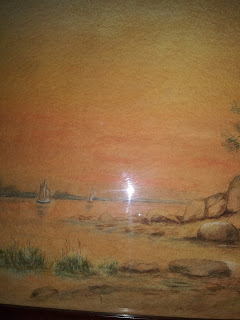 Email ThisBlogThis!Share to TwitterShare to FacebookShare to Pinterest
Labels: Why dems are underestimating trump