The Politics of the Holidays 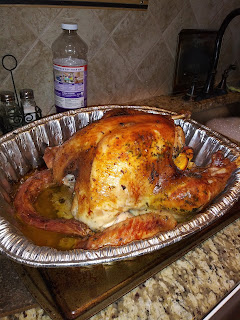 The politics of Thanksgiving and Christmas

How the holidays are politicized

When you greet someone over the holidays?, Do you say “Merry Christmas”, or have a Happy Thanksgiving?. Or do you simply say happy holidays?. Depending upon if you are conservative or liberal they are political divisions due to culture wars. Conservatives tend to think how happy holidays is a politically correct greeting as opposed to saying Merry Christmas. Fox News has made this a new story every year. Stating how Americans no longer say Merry Christmas because it is a Christian holiday and that it's seen as discriminating to acknowledge one holiday instead of many.  Liberals will argue that they are people who celebrate other holidays, not just Christmas. A Happy holiday is a greeting that is generic enough to encompass more religious holidays like Hanukkah and Kwanzaa. What is wrong with acknowledging holidays other than Christmas? Conservatives have pushed the narrative that Liberals are anti-religion, and are anti-Family Values, and anti-American by pushing these extreme conservative viewpoints on the American public. Simply for saying happy holidays based on your political Viewpoint. You will have a political opinion on this greeting. Isn't that a shame, that the holidays like everything else in America are being politicized? Even your greeting is politicized. Do you think that greeting a person with a happy holiday should be politicized? Or should America continue to divide itself with these culture war?. Are there more meaningful topics that are more important than these culture wars? These are questions, Americans should be asking themselves. Should I engage in these culture wars simply because Fox News thinks it's a story? This is a time of self-examination of where you stand in these arguments.

Fox News, which is a conservative news station, has pushed these culture wars to the extremes. Many Republicans believe that liberals do not cherish American values and American traditions. When that cannot be further from the truth. Many Americans are divided due to their politics. “A new MPR Marist poll reveals that Merry Christmas Remains the favorite seasonal greeting for 56% of Americans with 31% preferring happy holidays” When Americans go to a store about 52% now say it doesn't matter how stores greet them over the holidays”. About a third choose Merry Christmas and Republicans are much more likely than Democrats to say Merry Christmas. “Happy holidays is a popular greeting among Americans under 30, while older people tend to prefer Merry Christmas as a traditional greeting”. Another CBS poll reports “Christmas is on everybody's tongue”, “supposedly a war against Christmas but 67% say that this is the time of year, Merry Christmas is the greeting that they tend to use”. The war on Christmas began in 2005 when an author named John Gibson went on the O'Reilly show to discuss his new book The War on Christmas: How the liberal plot to ban the Sacred Christian holiday is worse than you thought. “Gibson pointed out that the government and corporations were pushing an anti-christian agenda”. Fox News has continued to return to this topic every year since 2005. While other networks have no coverage on this topic. Some networks have begun to mock Fox News coverage on the War on Christmas.

The holidays should be a time of family and unity, not acrimony and division. Fox News, the conservative network, has convinced most Americans to believe that by saying Happy Holidays it is somehow a conspiracy plot to undermine Christmas. Christmas has been politicized just like everything else in America.  America should not engage in these culture wars because it serves no purpose other than dividing Americans.

Email ThisBlogThis!Share to TwitterShare to FacebookShare to Pinterest
Labels: holidays politicized, politicization of Christmas, politicizing Christmas, the politics of the holidays